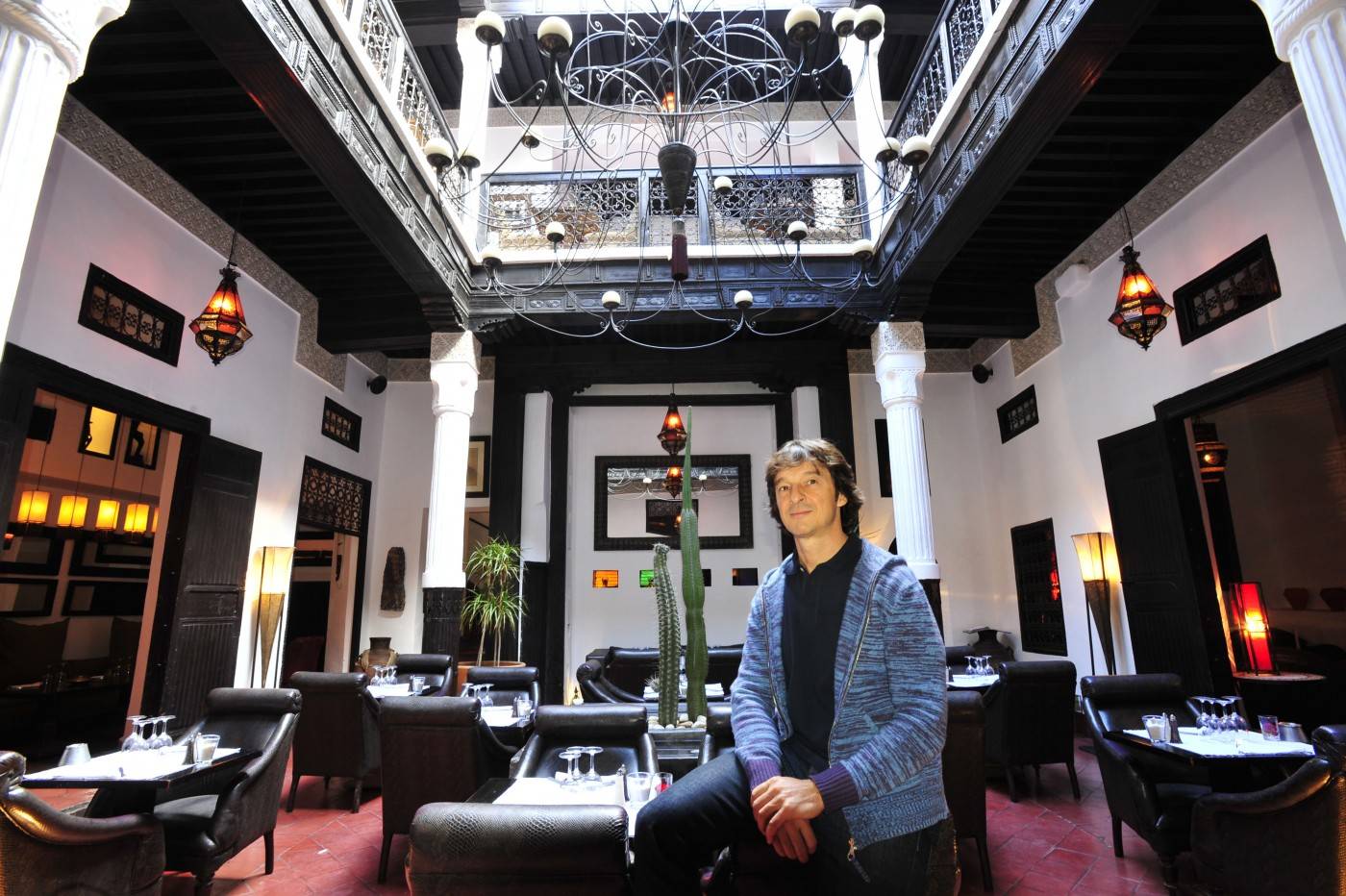 The adventure began in 2000, when Frederic was looking with his friend Thierry Isnardon to open their first restaurant in Marrakesh.

"After 2 years of research, this foundouk (caravanserai) has triggered a real blow of heart. This very ancient building truly has a soul, which does not leave insensible.

We had precise expectations as we were looking in the Medina, the historic district of Marrakesh. This very old caravanserai, located in the Mokef district, near the museum of Marrakesh and the Ben Youssef mosque, had the expected surface and a splendid terrace overlooking the Atlas. It was perfect."

Since its opening in 2002, the restaurant Le Foundouk has benefited from word of mouth

"The news spread quickly because there were not many restaurants at that time in the Medina. And our concept of double cuisine, mixing Moroccan Cuisine and International Cuisine was very innovative. The "A la carte menu" was not very frequent either at the time.

Our clientele is composed of 95% of tourists, mainly French and English, couple or family. Many hotels and guest houses recommend us to their clientele, and word of mouth does the rest.

My late friend Thierry, now disappeared, took care of the visual identity of the restaurant. He spent a lot of time hunting in the souks and worked with local craftsmen. The decoration of the restaurant swarms of references to the Moroccan culture, like the superb wall composed of niches with spices, as a reminder of the spice souks, or on the ground, the cement tiles made in Marrakesh. For the cocktail bar, he chose the red marble from the region of Agadir. And the large wrought iron chandelier that dominates the central patio, was made by a craftsman from Marrakesh, specially ordered by Thierry.

Even 14 years after the opening, customers still congratulate us for the elegance of the whole, full of details. "

One of the most fashionable restaurants in Marrakesh

"Many personalities of the artistic and political world have came in our Foundouk.

Our team does their best to ensure their tranquility during their evening, the important thing is that they have a good time. The celebrity that most impressed me remains Yves Saint-Laurent. To receive him at the Foundouk was a great honor for us.

About the atmosphere, I like to alternate between 3 musical atmospheres: oriental music, lounge music and late night jazzy. We really listen to our customers and we adapt according to the evenings.

The most important thing for us is that our customers leave delighted with their evening, that their visit to the Foundouk is one of the great moments spent during their stay in Morocco."