Go on an excursion to Aït-Ben-Haddou 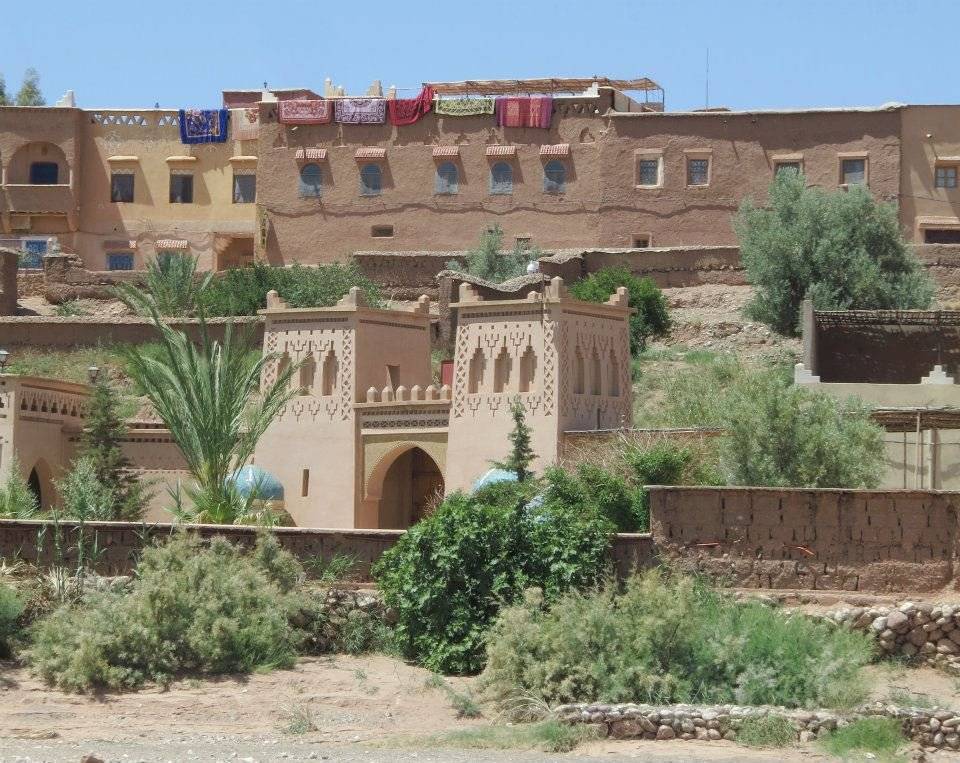 Our establishment Foundouk proposes to visit the doors of the desert.

At 3h35 of road from Marrakech, we invite you to travel in time and discover a set of traditional buildings surrounded by ramparts. In the province of Ouarzazate. This pre-Saharan panorama is a striking example of southern Moroccan architecture.

The Aït-Ben-Haddou site, an authentic oasis inscribed on UNESCO's World Heritage List in 1987.

This Ksar (fortified village) is located on the foothills of the southern slopes of the High Atlas, in the valley of Ounila, south of Télouet. This site was a crossing point for caravans linking Marrakech to the south of the Sahara. The large ochre houses with decorative motifs blend harmoniously into the rocky strata.
At the foot of the hill flows the Oued Maleh (salt river), the vegetation around it brings a refreshing contrast with the beginning of the desert. The Berbers, former nomads have gradually settled down. You will easily find a place to spend the night.

An Open-sky plateau for famous films.

We invite you to discover in video this exceptional landscape.