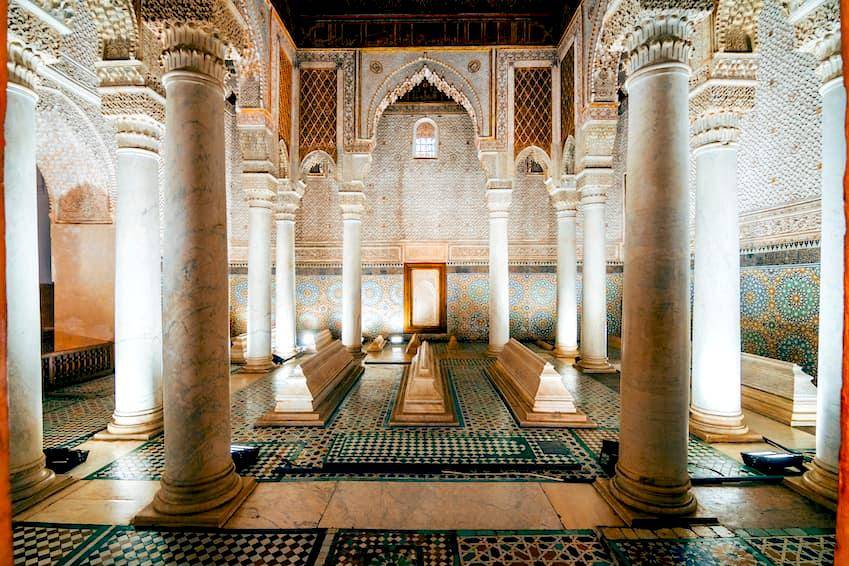 History fan ? Do not miss the visit of the Saadian tombs located less than 3 km from our restaurant.

Discover the history of the Saadian tombs ...


The Saadian tombs were discovered in 1917 but actually date from the 16th century. Rumor has it that it was an aviator who spotted this necropolis while flying over the city...

Since the 16th century, this garden cemetery has been home to the bodies of about sixty Saadians, including Sultan Ahmad El-Mansur, their successors, and their families. It also houses the graves of soldiers and servants of the dynasty.
These tombs are one of the few remaining remnants of the Saadian dynasty that ruled during the Golden Age of Marrakesh between 1524 and 1659.

The disappearance of the Saadian tombs in the 18th century ?


Sultan Moulay Ismaïl had decided to make all traces of this dynasty disappear by asking for the destruction of all remaining vestiges. However, he did not dare to commit the sacrilege of destroying their graves and ordered that the entrance to the necropolis be walled off. It is for this reason that the tombs were only discovered in the 20th century.

What do we see today ?


This monument represents the Hispano-Moorish decorative art. Among other things, there is Carrara marble from Italy and cedar wood (the dome).

In all, this monument consists of 3 rooms.
We advise you to visit : Our little tip: We recommend that you take the tour with a guide, who will inform you about the time and the life of the personalities buried in this monument.


(Very close to the Kasbah Mosque)

All practical information on www.visitmarrakech.com