Tajine leg of lamb confit with garlic and saffron accompanied by caramelized quinces, made in The Foundouk Marrakech 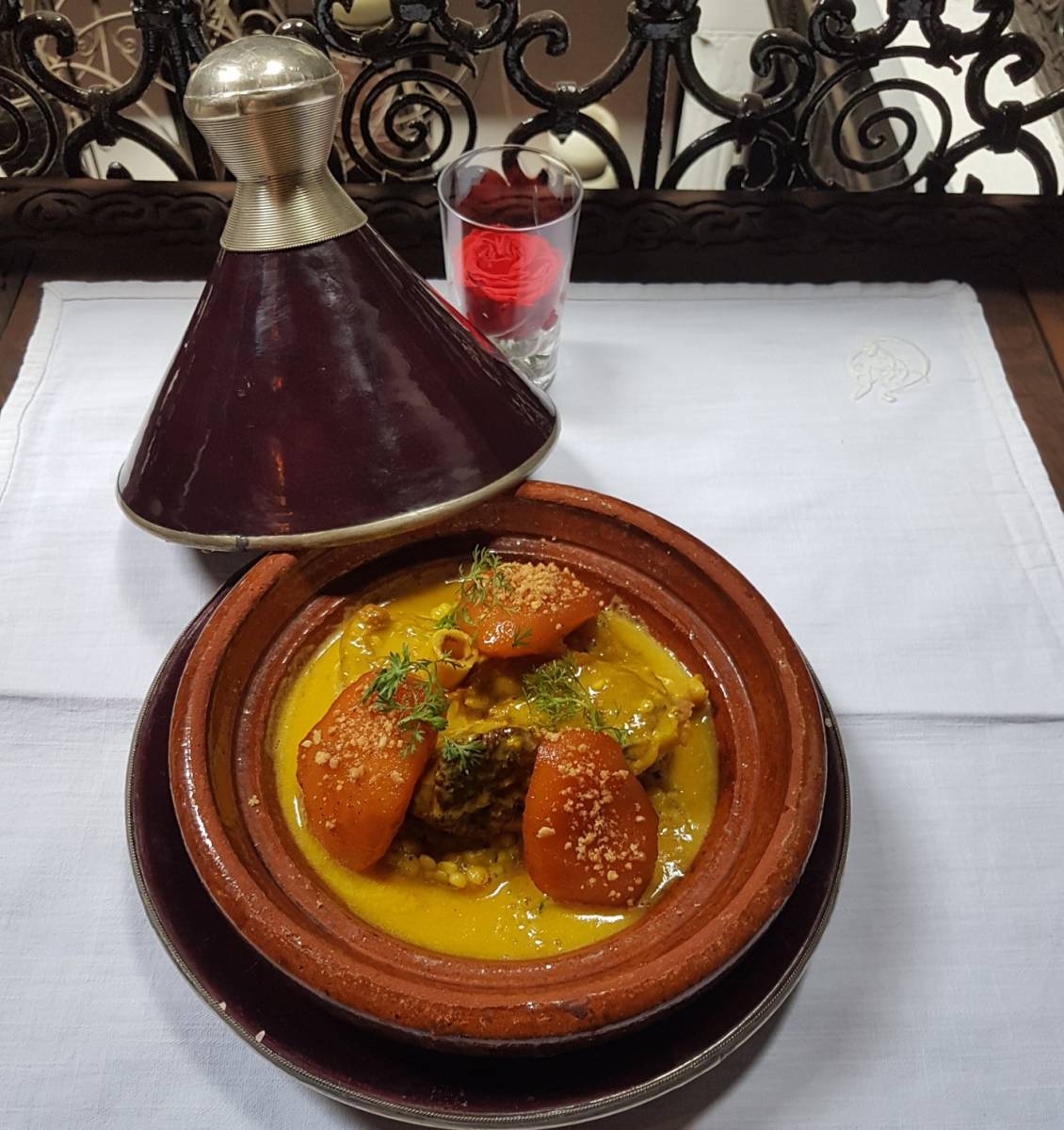 The varied cuisine, rich in spices and very flavoured of the Restaurant Le Foundouk delights the most delicate palates. As soon as you enter, the sweet fragrances of spices welcome you and ensure a tasting rich in discoveries, such as our brand new Carpaccio of beetroot with garlic and cumin. A true delight.

Among the specialties that make the success of our address

The Foundouk offers a concept of double cuisine: Moroccan and International, according to your wishes. Among the great variety of dishes offered typical of Moroccan cuisine - couscous, tagines, pastillas, briouattes or chorba - it is hard not to give to the temptation of the tasty Moroccan tagine or Touagin.

Splendor of scents and flavors, the tagine is a dish truly emblematic of Morocco, which holds a special place in the country's cuisine. At first, the tagine is a sweet or salty preparation where all the meat, all the fish, the vegetables like the fruits are used.

The recipe is named after the terracotta dish that is still widely used in the towns of southern Morocco, such as Marrakech and Agadir. The secret of success depends essentially on the method of cooking: it must be slow so that meat, vegetables and spices interwind their perfumes. Spices are the key for a savourous tagine. The spices and aromatics give the tagine this taste of elsewhere: a combination of oriental spices, salty and sweet.

And if there are at least 300 tagine recipes, the Foundouk offers tasty tagine recipes such as chicken tagine with candied lemon, beef tagine with artichokes and peas, pageot tagine stuffed with chermoula, tangia Marrakchia (specialty of Marrakech) or the Berber vegetarian tagine.

Added to the menu a short time ago, leg of lamb confit with garlic and saffron is accompanied by quinces or pears according to the season. The declination caramelized quince is a great success at the moment.

Harvested in the automn, quince is too rarely found in cooking. The fruit of the quince resembles a pear by its shape and its yellow color. Between acid and sweet, it is perfect to accompany a well-scented tagine, to which it brings all its personality.

Traditionally, tagine is eaten only with bread to soak in the sauce, never with wheat semolina. We serve it in its dish for the wink.

And to end your meal on a sweet note, let yourself be tempted by a salad of oranges marinated in orange blossom syrup served with a traditional mint tea.