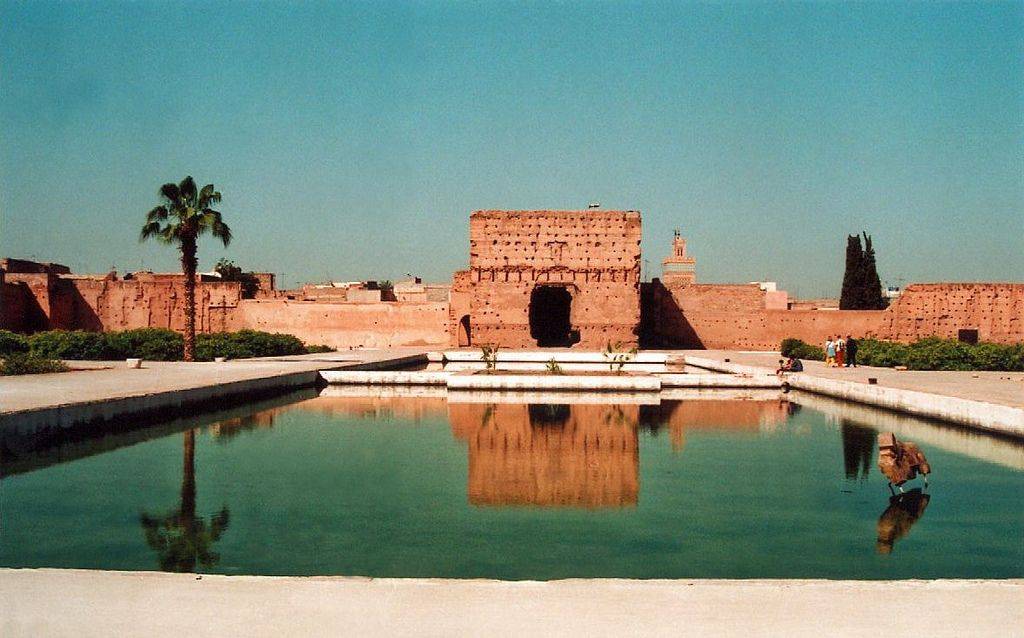 After a good meal in the Foundouk, continue your visit in the heart of Marrakech and discover the El Badi Palace located less than 3 km from our restaurant.


El Badi Palace was built in 1578 by Sultan Ahmed el-Mansour to celebrate the defeat of the Portuguese during the Battle of the Three Kings.

Little anecdote: This palace was built from the ransom paid by the Portuguese !

The reason for the creation of El Badi Palace is that Sultan Al-Mansur wanted to organize concerts, conferences and official receptions for the country. The work of this one lasted 16 years.


It should be known that the Sultan called upon the best engineers in the world for the creation of his Palace. The mixture of ideas of these engineers made that the Palace was created in a very astonishing architectural form to the point that some historians consider it as one of the wonders of the world thanks to the beauty of its many patterns, the variety of materials used (marble, crowns, columns covered with gold leaf...), and its shades of colors.


The fall of the Palace began towards the end of the 17th century, when Sultan Moulay Ismaïl decided to transfer the capital of Morocco from Marrakech to Meknes. The latter plundered the Palace entirely and used its decorations to dress the buildings of his new capital, Meknes.

What is the El Badi Palace used for today ?


The El Badi Palace is currently a tourist monument but not only !

An important landmark for Moroccans, it hosts many cultural activities such as the Festival of Popular Arts and the Laughter Festival.

What to visit now in this ruined Palace?


Are you a fervent admirer of the Roman Forum in Rome and the Acropolis in Athens ? Then you will surely like the El Badi Palace!

Its immense ruined courtyard will give you an idea of the former glory of the monument. Since it is currently only ruins, you have to rely on the descriptions of the chroniclers of the time to imagine what the building was like. To give you an idea, the Palace had nearly 300 rooms decorated with the best materials of the time: gold, crystal...

Our tips and tricks :


All practical information on www.palais-el-badi.com